Chill in the campus

American universities are facing a threat to free speech from institutional mechanisms that encourage students to report on each other. This curtails an exchange of ideas. 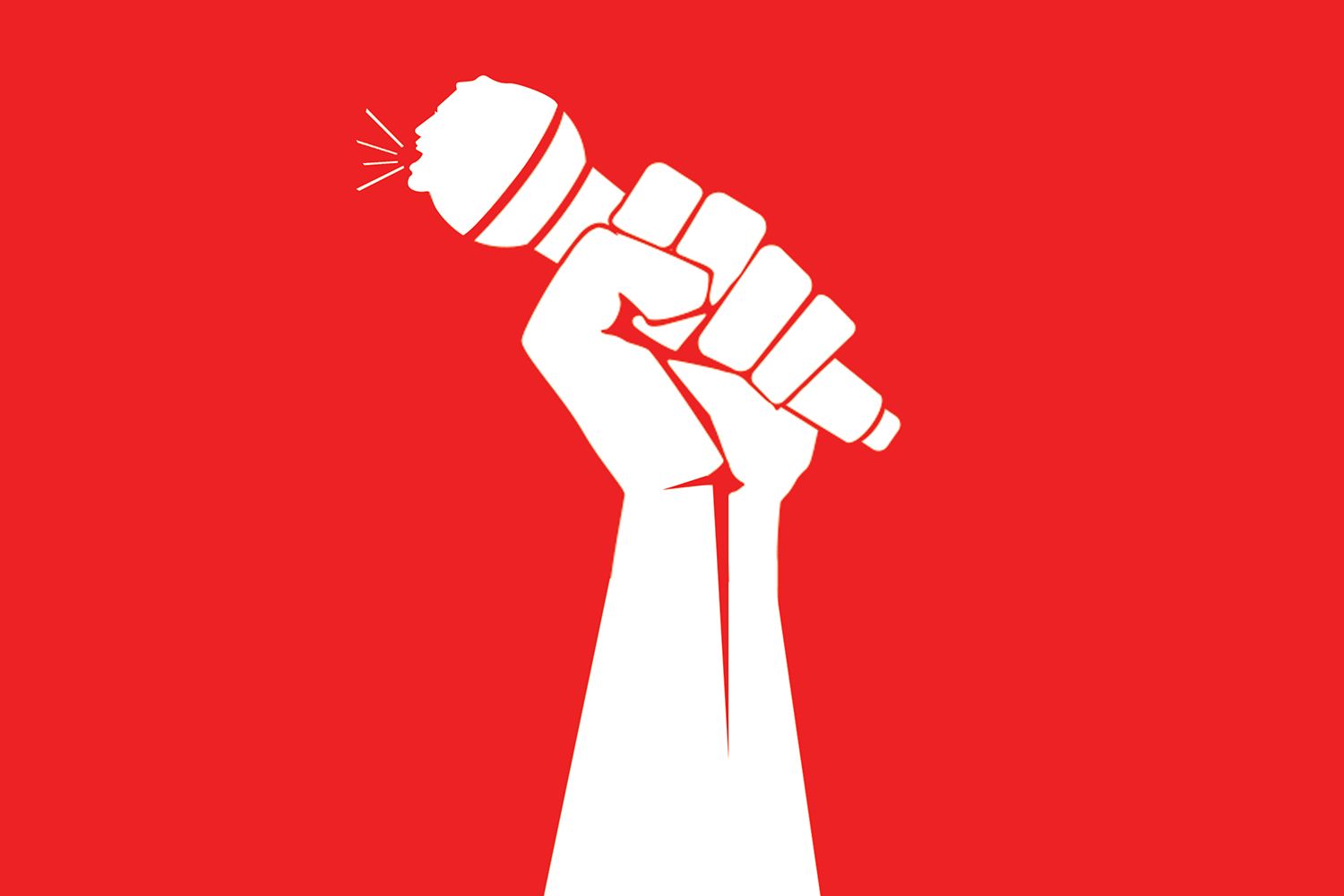 As freedom of expression advocates worry about flashes of violence at US universities, a growing number of bias response teams are encouraging students to report on each other and their lecturers.

Hundreds of units urging students to report on other students and lecturers they perceive as being biased have opened on US university campuses in the latest threat to free speech.

In its recently published national survey, the Foundation for Individual Rights in Education (FIRE) concluded that these units posed a growing threat. Bias referral teams suggest students should make reports to them when they perceive someone’s speech is “biased”. FIRE’s survey identified 232 public and private colleges and universities that maintain these units, with a reach of an estimated 2.8 million students.

So what is “biased” speech? Joe Cohn, FIRE’s legislative and policy director, said: “It’s very vague. That’s the problem—it makes students and [staff] afraid to say anything at all, lest it be perceived as biased.”

The bias response teams are just the latest in a series of squeezes on academic freedom. When protest fires burned and windows were smashed on the campus of UC Berkeley recently, it only further stoked the debate as to whether the right to free speech enshrined in the First Amendment of the US Constitution was under greater threat on campuses—the very places designed to promote thoughtful dialogue and engage a diversity of ideas—than almost anywhere else in the country.

It’s a resounding yes from FIRE. Cohn said: “We are seeing student demand for freedom from speech rather than freedom of speech. We are turning off our critical thinking skills on campuses when the university should be the quintessential marketplace for ideas. Learning should sometimes be uncomfortable.”

There has been much talk about “safe spaces” impacting freedom of expression. What began as a place where traumatised students might talk about experiences of sexual assault, racism and harassment, has ballooned to include many other topics, as well as student demands for segregated housing and dining (both CalState LA and UC Davis have segregated housing).

Cohn is not against safe spaces on an individual basis when a traumatised student might need one, but he is against the idea that an entire campus should be a safe space. He supports recent model legislation from Arizona-based think tank the Goldwater Institute that calls for the scrapping of safe spaces and free speech zones because, it says, both are eroding free speech. Campus Free Speech: A Legislative Proposal includes a lengthy report explaining the reason behind these calls and will be put to legislators and the public across the USA.

“Unequivocally, the calls for censorship on campus—and we get reports of them all day, every day at FIRE—are deeply troubling, so we are thrilled to see more people grappling with censorship and we welcome the Goldwater bill as a hopeful volley into this arena,” said Cohn.

Whether the legislation has real bite is yet to be determined, and what Cohn calls a “volley” may be more a warning shot across the bow.

Free speech can also be shut down by students using the formal disinvitation process, through which they can challenge a speaker invited to the university to whom they object. More than 40 challenges were mounted in 2016, including to former Secretary of State Madeleine Albright at Scripps and Syracuse and to Vice President Joe Biden at Notre Dame. Previously, Condoleezza Rice, another former secretary of state, was challenged at Rutgers. But this year has seen a different type of challenge to an invited speaker.

Violence erupted at UC Berkeley in February as students protested against visiting speaker Milo Yiannopoulos, then an editor at the right-wing Breitbart News, who had been invited by the student Republican club. The protests prompted the university to cancel the event.

Louis Cheslaw, 21, a British student who recently returned home after spending a year at Berkeley, said he was disappointed at what had happened.

“I was upset as I saw Yiannopoulos’s visit as an opportunity for a heavy but peaceful protest. He’s a despicable man but he’s free to speak. This violence is just shutting down the debate. President Obama said the best way to debate issues is to engage over your differences, and I agree.”

Fellow Berkeley student Arielle Swedback, 20, is a senior staffer on the college newspaper The Daily Californian. “It’s not the first time Berkeley has seen protest,” she said. “You’ve only got to look at the 1950s and 1960s here, and in the Bay Area generally and Oakland in particular, to know that and so, in one way, I don’t see why anyone is surprised that the Yiannopoulos event resulted in this incident.”

In 2015, Berkeley students shouted down a debate on the value of public education between Chancellor Nicholas Dirks and Executive Vice Chancellor and Provost Claude Steele. The protesting students wanted to raise awareness about certain issues on campus, including the size of Dirks’ salary.

“I feel that this and many current protests are less about shutting down the debate around specific speakers and more about attracting attention to very real problems ranging across the political spectrum,” said Swedback.

Last year’s presidential election further narrowed campus debate. Post-election, anti-Donald Trump students held candlelit vigils and had counselling sessions on campus, while pro-Trump students demanded their own safe spaces and counselling as they felt afraid to speak out in support of the new president. The safe space appears to have become a place to avoid talking about almost everything, it seems.

Trigger warnings, designed to be given by teaching staff to students before they address sensitive topics in class, have also been in the spotlight. Oberlin College in Ohio climbed down from its expansive list in 2014 following significant pushback from academics, said Hans-JoergTiede, associate secretary of the department of academic freedom, tenure and governance at the American Association of University Professors (AAUP).

“Since then we haven’t gotten a lot of reports about trigger warnings,” said Tiede. “Our main concern is about them being mandated, which is what Oberlin tried to do. But we were equally concerned at the statement put out by the University of Chicago last year saying it would not support any trigger warnings. Trigger warnings in some cases are perfectly acceptable but [colleges] should make that judgment and they should be on a case-by-case basis.

“The other problem with trigger warnings is that with a long list like Oberlin’s was, you are worried you might miss something, and that can lead to self-censorship, which is another threat to freedom of expression on campus.”

Dr. Gad Saad, a Cornell alumnus and visiting professor at Dartmouth and UC Irvine, said: “Life is your trigger warning!” Saad, who also teaches at Concordia University, Montreal, is a self-confessed “academic warrior”. He has his own YouTube channel, appears on talk shows to defend his views on freedom of expression and is organising a freedom summit in Canada.

When he was 11, he fled the Lebanese civil war during the 1970s with his family and settled in Canada. His experience helped make him a vocal supporter of free speech.

“People are castrated,” said Saad. “They don’t say anything harsh out of fear. I know fear—I’ve lived with death patrols coming to get you. Academics need to be warriors and stand up for freedom of expression. The pursuit of truth is greater than careerist issues.”

Saad is against violence and hate speech but everything else, he said, is “up for grabs”.

“Students are not committed to intellectual engagement—they are ‘coddled’. Yes, if a student comes to me privately with an issue of sensitivity, of course I will listen, of course I will pay attention to their needs, but just saying ‘don’t offend me’ is a type of lunacy.”

Saudi Arabian law and human rights graduate Taghreed Haddadi gained her degree in California last year and has first-hand experience of censorship. “In Saudi Arabia, women are not free to express themselves and, more depressingly, in many cases they don’t have the mental freedom to want to do so,” she said. She added that people in the USA are lucky to have free speech still.

Similarly, Matt Mieskoski, who teaches at UC Irvine, said he’d never had “any blow-back” from subject matter he’d taught or language he used. He also sees the term “generation snowflake” as a misnomer.

“It’s the biggest myth there is. You’ve only got to look at how young people are standing up to what Trump is saying. The people who call others snowflakes get just as upset about the same things themselves.”

The year ahead carries concerns for AAUP’s Tiede. He said: “We are very concerned about the impact of the Trump administration in general on higher education and so I think there is a chance that we will see more violent protests this year. Violence should, of course, be condemned but when the president threatens to cut federal funds to Berkeley [as he did in a tweet after the unrest], I think there is reason to be very concerned about the future for freedom of expression.”

(This feature originally appeared in Index on Censorship magazine as part of the series The Big Squeeze, which looks at myriad pressures on free speech. You can subscribe to the magazine from Exact Editions.)

is a contributing editor to Index of Censorship magazine based in Los Angeles. 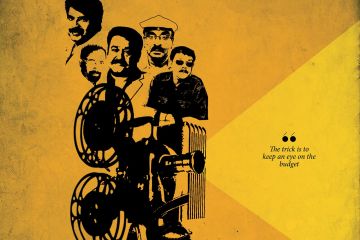 Every so often cinema in God’s Own Country reinvents itself, as it has been doing in the last five years with an exciting new group of young directors. 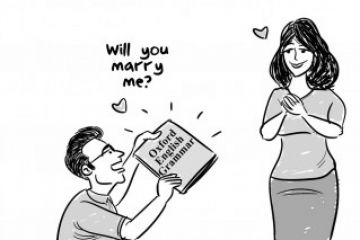 Once upon a revolution in Iran

Iran was just like any country aspiring to modernity until Ayatollah Khomeini began his march to unseat the Shah. 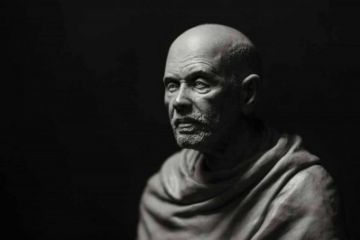 Narayana Guru and the Little Devil