Interlinking of rivers has been pitched by administrators and governments since the 19th century, but there are many unfavourable potential considerations. 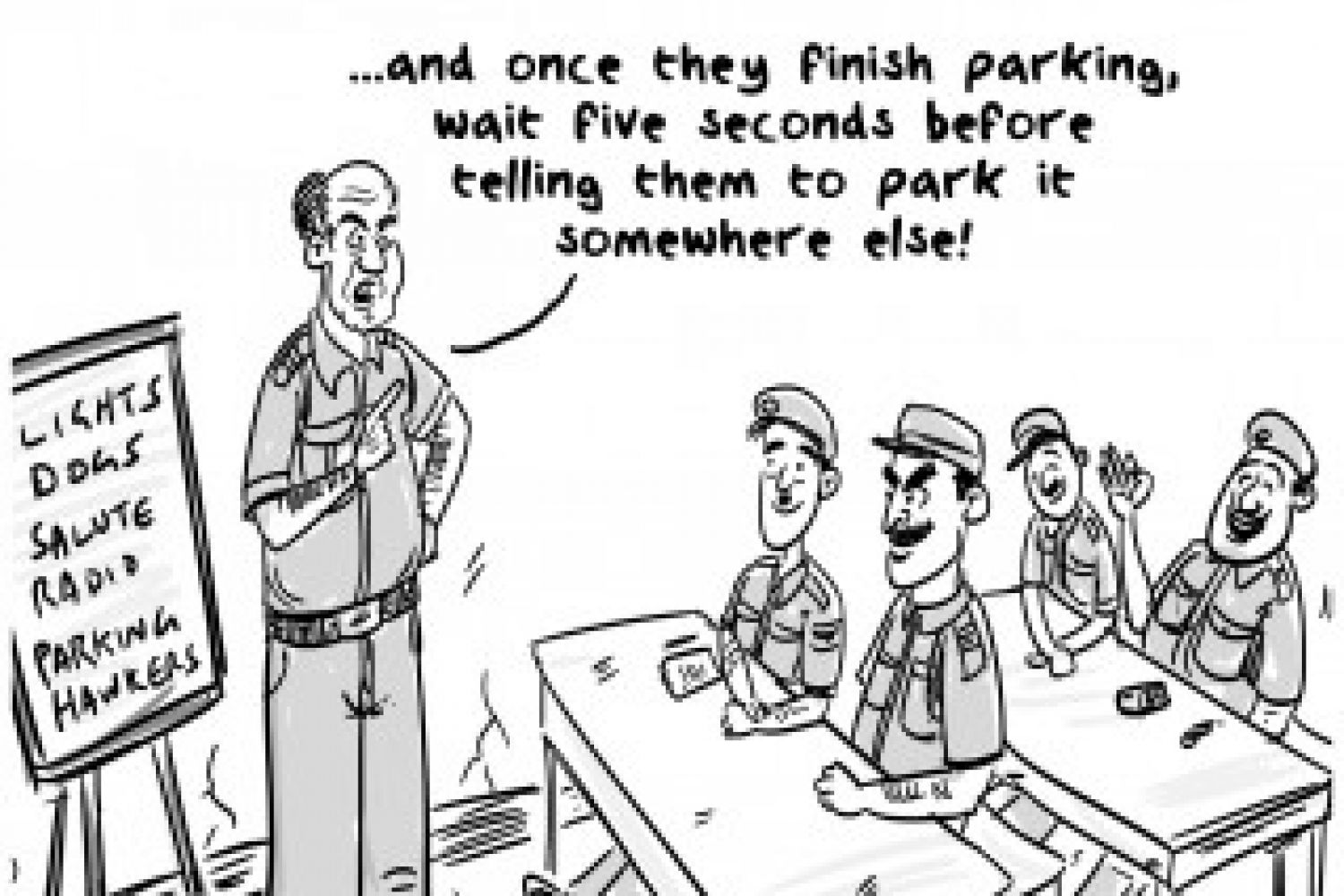 The interlinking of rivers is not a new idea. In the 19th century, British general and engineer Sir Arthur Cotton planned to link rivers for inland navigation. Also, until his death in September this year, Ramaswamy R. Iyer—former secretary of water resources—also wrote and spoke repeatedly and at length about the interlinking project and its catastrophic consequences.

A river is not a just a flow of water. Landscapes move, despite engineered efforts to fix them. Natural processes work in interminable cycles: mountains erode, particles are carried by rivers, settling or washing down or travelling to the sea, forming wetlands or deltaic lobes. Ocean currents carry some particulars and tamp down on beaches or islands. This loss or soil in its natural setting on land is offset by the gain at the river’s confluence with the sea. The system remains  in dynamic equilibrium.

Any tampering and diverting this natural equilibrium spells disaster.

With dams and diversions, we have sediment at odd places where it’s not necessary, and vice versa. The sea eats away the land along the coasts. Saltwater backs up into river channels, degrading agricultural land and depleting fish. Deltas lose their compaction. Droughts and floods occur with natural rhythm and, with tinkered systems, at higher frequency and ferocity. The economic gains in diverting rivers will be canceled out.

W. G. Prasanna Kumar, professor of climate and disaster management at the Dr Marri Channa Reddy Human Resource Development Institute, Hyderabad, is closely following these patterns. In an email interview, he talks about the basis of interlinking and its potential consequences.

To start with the basics, what exactly is meant by the interlinking of rivers?

Each river has a basin which feeds water into it being a catchment area for the rain and having channels linked into the river forming the basin.

Each river has a name, and flowing in a particular area, it has its unique flora and fauna which are a result of land, weather, climate, terrain and land biodiversity of the area. The river is life support, not just for humans but also plants and trees, insects, aquatic animals, birds and animals living in it and on its banks. This support extends far away from the rivers also as people, animals and birds travel long distances and fetch river water.

When you interlink rivers, you’re essentially messing with a web of life, in water, banks, and beyond. Could you please describe some scenarios?

Instead of moving closer to the river, we started moving the river to us. This was initially by channeling for irrigation and storing in the reservoirs and regulated release of water as per needs thereafter. While landscape writes a river’s course, gravity defines its flows. The perennial nature of river stems from rains, snow melt and ground water outflows from aquifers.

What’s the context and background to this idea of interlinking?

Sir Arthur Cotton mooted this idea in pre-Independence times. Dr K. L. Rao (former union minister) was a champion of river linking in 1975, proposing the Ganga-Cauvery linking. Even the Supreme Court directed that interlinking be taken up as top priority and completed in prescribed time period.

Droughts and floods which have become frequent in the past 20 years are causing desperation for water security hence the reemergence of river linking issue.

Depending on the extent of protection of catchment area the river flows into the sea from in a particular direction and to a set extent. All rivers have to flow into the seas. The river retains its water quality and quantity basing on the flows.

Our ostensible reason is getting water to parched lands, irrigate lands, and cultivate food for people. Is it that straightforward? Are there long-term studies on the consequences of linking of rivers?

The studies on the linking of river waters indicate environmental impacts such as submergence of forests, cultivable areas, displacement, resettlement and biodiversity loss. These are the key consequences of interlinking of rivers. It would bring drastic changes in the physical and chemical compositions of the sediments that rivers carry along with river morphology and shape of the delta at river mouth. They impact the livelihood of hapless tribal people and farmers apart from affecting local economies.

With the link between freshwater in rivers, seas and oceans broken, the ecological balance is also disrupted. The creation of large-scale reservoirs in already established seismic zones could lead to reservoir-induced seismicity. Interlinking could also transfer the toxics from Godavari into Krishna.

Rivers are sources of life and not just economic and agricultural activity. Interlinking rivers will be resented by the downstream areas if upstream rivers are interlinked; it will be resented by upstream areas if downstream rivers are interlinked—because such interlinkage will create a constituency for disputing sharing of the river water. Reduced runoff could affect monsoon rainfall and hence could add to the impacts of climate change.

This interlinking also finds place in linking Mahanadi-Godavari-Krishna-Cauvery-Vaigai rivers scheme of the governmen. If the precipitation within the watersheds or sub-basins is harvested and conserved properly, satisfaction of domestic water needs will not be a problem in most parts. When river water is diverted from one basin to the other, there will be proportionate damage to the ecosystem in that area. It disturbs the natural water cycle. It breaks the link between freshwater and seawater. Seawater ingress will destroy the coastal ecosystems and human livelihoods, including potability of ground water.

What kind of a solution does interlinking offer, then?

Interlinking of rivers is an engineering solution and is similar to building irrigation canals with the exception that it is not about one basin, but between two distinctly different basins. It looks at rivers as not as a source of life but as a source of cash. They work against the logic of the river and sea and not as per the logic of rivers and seas.

There is a thought that the economy will gain when more land is irrigated. More people are employed. But the river must have water; where is that going to come from when the changes happening now are already depleting river flows, in some instances, vast stretches of rivers into dry beds?

What are the alternatives?

The alternative to river linking is irrigation with the support of minor and medium tanks. Water harvesting on the water flow and water carriage routes is another alternative. River linking is to address water quantity issues an alternate way is to conserve water and promote alternate water usage patterns which will support even in the absence of huge rains considering already
appearing climate change impacts. We need to promote responsible water use. There is never going to be enough. We need to introspect and consider whether enough leading to efficiency or efficiency leading to enough. Import of water is never sustainable as much as the management of water is. To feed 150 million of us by 2050, we need more water for more irrigation and more food production.  But this can be achieved through sustainable use of tanks and groundwater coupled with water harvesting.

There are two arguments in this. The effect of excess rain in the climate change scenario in one river basin could be averted by interlinking. But where we have simultaneous excess rains in interlinked rivers, the effect will be disastrous and normal flood management practices will not be sufficient at all. Every river is alive as long as minimal flows are maintained in the season, and they will be perennial as long as the flows are present all through the year. But the moment these rivers are interlinked, some of them may not continue to be perennial.

Are there ecological economic estimates of how much we’re losing while bringing more land under irrigation through interlinking?

These estimates will have to depend on site- and river-specific comprehensive environmental impact assessments, taking into consideration water flows in all three seasons in these rivers and their variation after interlinking.

They also have to consider flows and river water based socio-economic activities and dependent livelihoods for peak and slack periods of the past 10 to 20 years. They also need to consider the biodiversity and its loss including effect of water-logging, silt transportation, fisheries, water birds, forestry submerged.

There is movement against dams worldwide. There are dam removals elsewhere and we’re going to build more of them. Do you think we pathologically repeat tragedies that have occurred or are occurring without coming to our senses?

We’ll probably also learn the hard way, like the rest of the world. Those who studied in universities 20 years back seem to be designing today’s projects, whereas we will have to do prognoses for the next 100 years and design.

is a freelance journalist based in Andhra Pradesh. 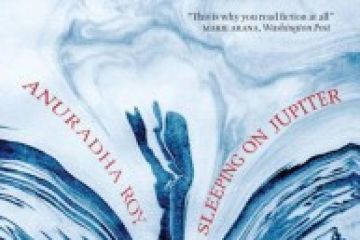 Anuradha Roy talks about her latest novel Sleeping on Jupiter, the complicated structure of her plots, and the process that goes into naming her novels. 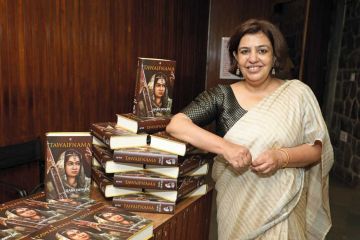 'We had a sense that we couldn't dismiss them'

Saba Dewan on the world of documentaries and early encounters with communal violence and the actors behind the scene. 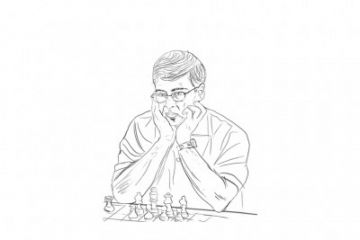 All the right moves

World Chess Champion Viswanathan Anand chats about his personal and professional life since he took to the chessboard as a child.